The Truth of a Fractal World

The Truth of a Fractal World

This article draws from my book Chaos: a User’s Guide, chapter “The Collective: a more fractal society, institutions, learning and organizations?”

In the second Matrix movie, the heroes Neo, Trinity and Morpheus venture to a restaurant unlike any other. Settled on top of a skyscraper, though seemingly fully enclosed, the upscale eatery is where one must go to meet with a powerful sentient program: the Merovingian. Masterfully played by actor Lambert Wilson, “Merv” acts like a mob chief who negociates vital services at rather hefty prices. He holds another human-like program, the Keymaker, captive. Neo and the others came to see him to negociate the Keymaker’s liberation.

Soon their discussion takes a surprisingly philosophical turn. The Merovingian claims that everything has a cause and a reason, an origin and an end. Like Emmanuel Kant would, Morpheus disagrees: “everything begins with a choice.” A sovereign, uncaused, absolutely unconstrained act of choosing. To which the Merovingian answers with a piece of anthology:

No. Wrong. Choice is an illusion created between those with power and those without… We struggle against it, we fight to deny it. But it is, of course, pretense. It is a lie. Beneath our poised appearance, the truth is, we are completely out of control. Causality: there is no escape from it. We are forever slaves to it. Our only hope, our only peace, is to understand it, to understand the why. “Why” is what separates us from them, you from me. “Why” is the only real source of power. Without it, you are powerless. And this is how you come to me, without why, without power. Another link in the chain!

The Matrix series is a truly fascinating one. Fans have been debating the hidden meaning of the movie for years, and while some want to see in the Merovingian a kind of “devil in disguise” or a limited version of the gentle, loving Oracle, others have pointed out that the latter survives Neo just as the demiurgic Architect does, to the point where both chit-chat at the end of the third movie. Neo has been a awesome fighter, believer, and lover for sure. But has he been a pawn all along? Merely “caused” by his love for Trinity and the Oracle’s sugarcoated orders? The movie are all too ambiguous to come up with absolute answers. Which, of course, should delight those who love interpretations with an s.

Likewise, the chaotic world we live in is made of both choices and causes. It is first made of potentialities. Nothing is really set in stone. Instead of the mechanic causation the Merovingian has in mind, we have innumerable factors mixing and unmixing as strands, butterfly effects, new equilibriums, mini-cycles and changing needs. Chaos means possibility and, at first glance, it may seem that we are freer than ever. On the other hand, agility is sometimes forced upon us and we may feel like we are rather adapting than choosing. We are navigators on the sea of change, following the mainstream or other streams. Do we “really” choose, or are we adapting, merely sneaking into structures we do not create?

Live It First, Understand It After

This is the kind of question you ponder when you feel squeezed into a particular action. When said action is not a choice, or when it is a fake choice—this job you take because you badly need it, these studies you keep doing whereas you don’t want to but feel like you would be spoiling years of efforts if you don’t stay until you get that damn diploma, and so on. Some put emphasis on “co-constructing” social structures, negotiating relationships, crafting the most flexible and custom-made ventures so that you don’t get squeezed by others’. Some, like Nassim Taleb, value having options as to be able to truly choose and decide. Others, too, have rediscovered Stoicism and extoll its character-building virtues. By focusing on one’s desires and feelings, then on one’s perceptions, one can learn to see obstacles as opportunities and outsmart the numberless influencers who, all too often, act as subtle manipulators.

All these answers have one thing in common: they are practical. You do not need to study complicated theories of the mind—even if it can’t hurt—to become an awesome entrepreneur. To get beyond being dominated by the chaotic streams we swim in, what you have to do is an action. It may be an inner, subtle action first, but it isn’t like writing an essay where you would remove yourself as if you did not have a skin in the game. To know the truth of the world we live in, you have to venture first. Any theorizing will come second. (Perhaps third after intuitions and gut feelings.) 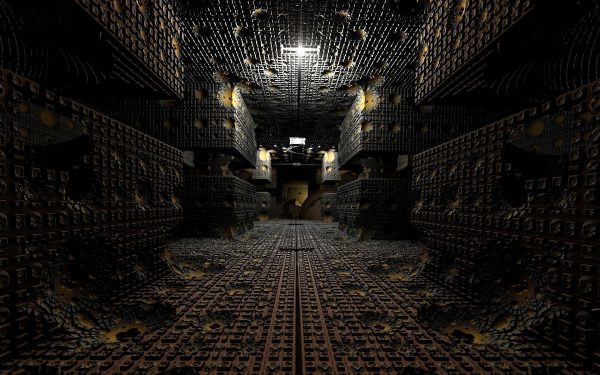 Big Names that Were Not Fractal Enough

In a linear, stable world, one can look at the track record and make projections. What’s the trend? What level of this or that should it reach? In the 1950s, sociology worked like that. Putting the two world wars aside, a sociologist could work well doing this kind of projections before the 1950s. Now, the world has changed. We do not draw our conclusions from projections but from scenarios. Surveys are valuable tools yet no more than that. In 2016, most surveys predicted that Hillary Clinton would be the next President of the United States, and we know how wrong they were. We can’t afford living in bubbles anymore. But out of the bubble you may live in stand many interrelated worlds, some of them bubbles too, some influencing others in untold ways. More than ever, we need to cross the barriers of academic disciplines and social milieus.

Fortunately, even if predicting the future is harder than it has ever been, we have a good idea of what is the most likely to work. To ponder on the same instance: some astute analysts have pointed out that Hillary Clinton focused excessively on her own person and on attacking her rival, to the point that most electors forgot about her presidential project, whereas Donald Trump managed to “sell” his voters a dose of hope. The French president, Emmanuel Macron, avoided Clinton’s mistake: when he could have attacked his far-right rival much more than he did, he preferred to insist on the positive. Instead of flaunting himself as an awesome civil servant standing for the status quo, he captured the minds by telling of French farmers selling their homemade cheese to the world. And he won.

In a chaotic world, a “nobody” like Macron—whom no one knew about before president Hollande made him a minister in 2014—can win where a global celebrity like Hillary Clinton can lose. If you ignore the new truth, even a multi-million dollar foundation and the support of almost everyone in upscale milieus will not protect you from failing. On the other hand, acting wisely has its payoffs. Ask Benoît Wojtenka, the creator of Bonne Gueule website, which focused on a rather neglected market share—sartorial advise for men—and is now the leader in its sector.

Benoît’s advice helped more men than masculine magazines. The latter keep copying each other, the former made his own research and conclusions. It worked. 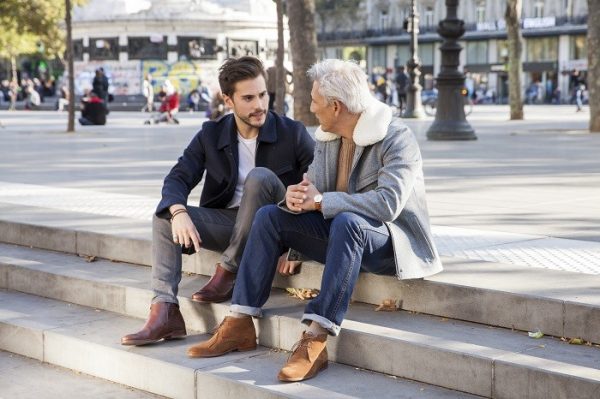 The Fractal that Rose Thanks to the Everyone Who Shared

In a sharing economy, everyone has to function more and more like a cell. Some cells are more specialized than others, of course. Yet most cells are noticeable for consuming and producing. This expands to all areas of life: since the beginning of the 2000s, the microcredit loan industry has been booming. Instead of having to go to the bank, you can ask various small investors to loan you their money, even if your country of origin is known as “poor.” In the same vein, many individuals bought small windmills or solar panels to produce their own electricity. My second home features a windmill which routinely harvests more energy than I even need! We all become both producers and consumers, lenders and borrowers: big names like AirBNB and Uber are but the tip of the iceberg.

Many of our processes are more efficient and smaller scaled than before. They are also less supervised, or harder to supervise, than yesterday. Micromanagement cannot stand. We have to learn learning, unlearning, updating ourselves—a metaphor cognitive scientists are fond of. Our processes are less rigid, aim-oriented than before, but agile, flexible and regulative. “Seeing”, feeling, hearing like a world citizen, beyond any borders, has become possible, but if you forget to regulate your own system and environment all of this may as well go to ruin.

The truth of a fractal world is not easily explained. It is rather embodied, encapsulated, and intuitioned through dozens of experiences and attempts. As integral philosopher Ken Wilber could say, and as said in my book, what is in line with the new fractal, everything-in-everything chaotic order, ultimately favors what the most ancient philosophers considered Transcendentals:

[They] help in the emergence of Beauty: a vision that is shared and enhances creativity permanently. [They] encourage Goodness: common culture, links, interdependence of organizational components and of all concerned parties including those outside the organization (for example, authorities, banks, shareholders, etc. in the case of a company). [They] ensure the maintenance of the search for Truth: the reality of financial aspects, a respect for rules and laws.

If the Wachowski brothers made other Matrix movies, I hope they would endow the Merovingian’s restaurant with a colorful ball pit for children, a library, and a place for special wine-tasting sessions. But perhaps, then, “Merv” would stop being a bad guy altogether.

To know more about how to be a fractal, resilient manager, on how to implement optimized fractal processes, or to read my musings on Japanese archery, check my book: Chaos, a User’s Guide, available here.