The 2 mostly asked questions I hear during these times of COVID crisis are:

Let’s have a look at these 2 questions with the help of Chaos Theory.

And also, and above all, because the world has become chaotic in the scientific sense of the term!

Historically, humans have used mainly (not only) 3 kinds of models to understand the world and interpret the meaning of their life:

With Newton, the world and the brain are seen as machines.

With the advent of the computer, the brain is seen … like a computer.

We thought the earth was flat, then in the center of the universe, then a speck of dust in the middle of infinity … 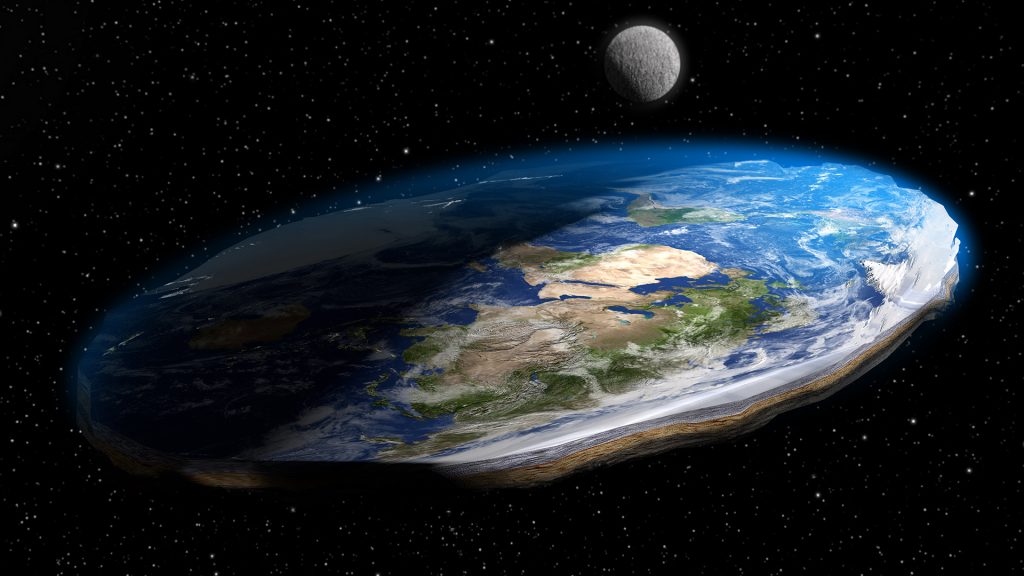 Now, looking back, we can say that every time, at every stage, we were at least partly wrong!

And at the same time with each evolution of religions, philosophy or sciences, we have often made a leap forward in the understanding of the world and the meaning of our life.

This is why I suggest you use the ultimate in science: today it’s the theories of chaos and complexity!

Is it going to come back as before?

No, because it’s already not like it used to be! We have already passed a certain number of thresholds.

Watch remote work. If we project the curves before COVID, it would have taken 20 years to arrive at what is taking place …

We basically had 3 months of free and compulsory trial! 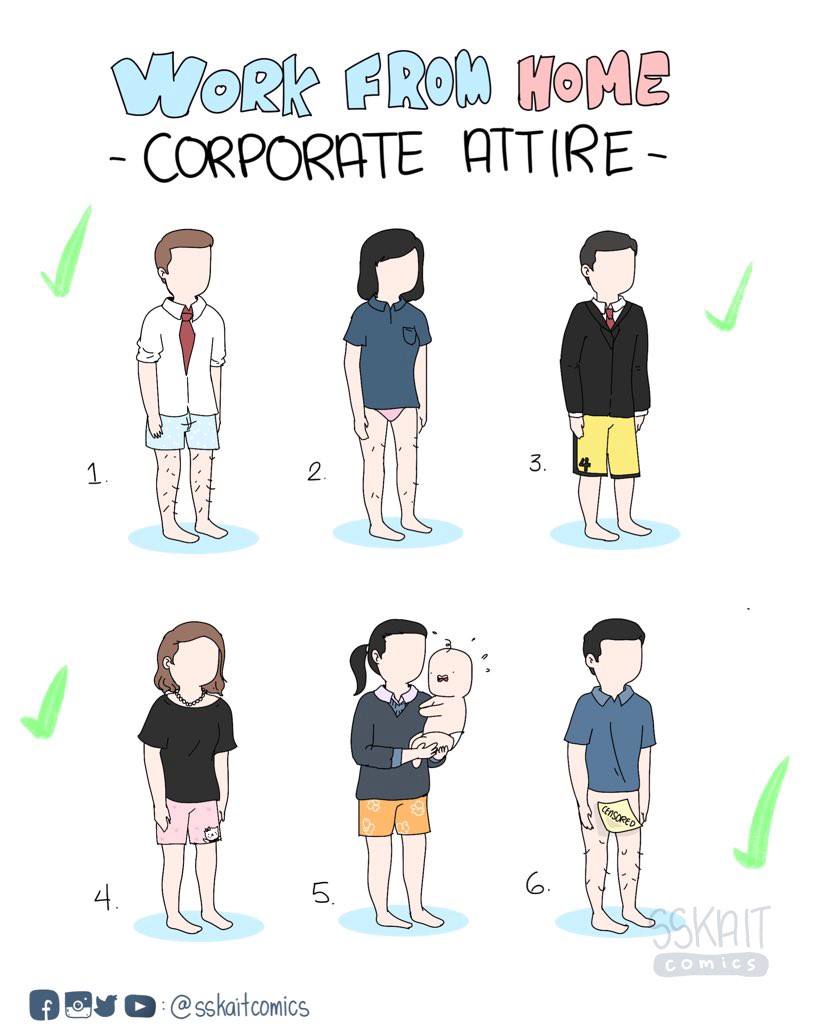 Of course, for many people, remote work disappears after the crisis and everything returns to the way it was before for them. But the simple fact that for 10-20% of people working remotely becomes an important part of their professional (and therefore personal) life changes the reality for all of us. A threshold has passed …

Likewise, just knowing that certain things have happened changes the way we think. Even though we may believe that we are going to forget about confinement, somewhere in our brains we know that this has happened and therefore it can happen again.

If we can live with the illusion that we have forgotten, we cannot really and completely forget what happened.

Thresholds have been crossed: what is called in Chaos Theory the Tipping Points.

Even before the crisis due to COVID, because we have never been so numerous, so connected and because a certain number of phenomena are accelerating (for example the dissemination of information), we entered a phase called chaotic. The main characteristic of this phase is the self-amplification, the snowball effect, called the butterfly effect in chaos theories: a small change can lead to gigantic consequences. 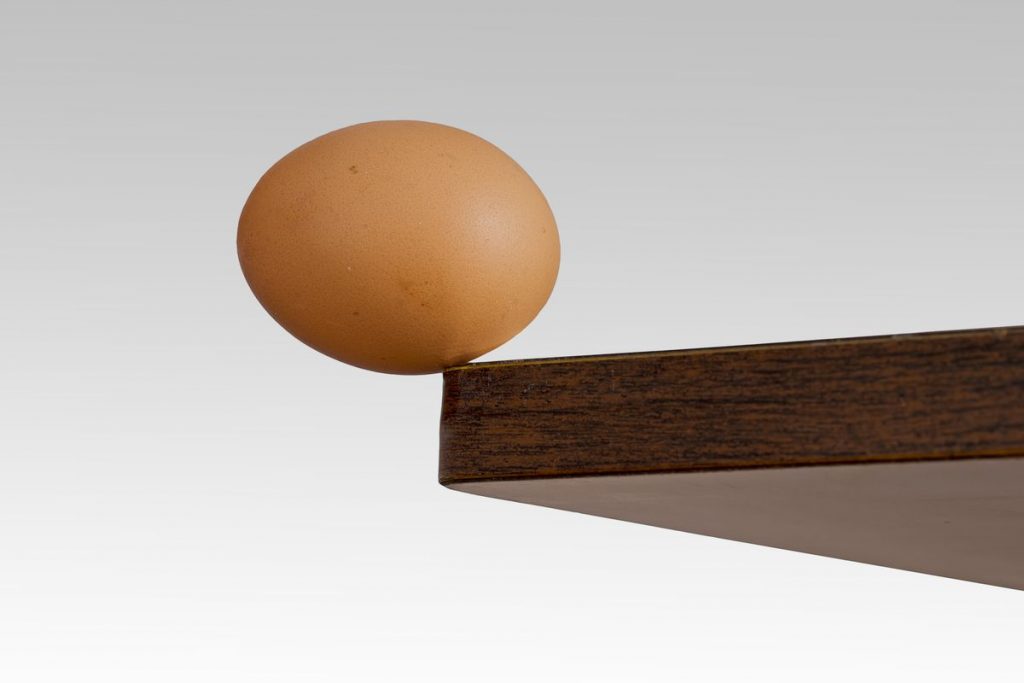 Of course, there have already been crises before this one!

There have also already been pandemics, some of which have been much deadlier. The difference to what we have been through (and are still going through) is scale and speed: no pandemic, no crisis, has brought half of the world’s population to a halt in just a few weeks!

No event has impacted so many human beings in such a short time.

There are of course still cyclical crises. Now, to these are superimposed crises called systemic crises.

Thus, we have a health crisis that leads to an economic crisis which itself leads to a social crisis (cf. the protests in the USA) which can lead to a political crisis, etc.

If we take the example of remote working, its generalization can lead to a decrease in the need for offices, therefore a crisis in commercial real estate, or even a crisis in collective catering, which can themselves worsen an economic crisis that can then lead to another political and social crisis, etc.

So, no, it’s not going to come back like it used to be, at least in a number of areas.

To see and understand the societal changes that will have the most consequences, I invite you to research and observe the phenomena that amplify themselves like snowballs … which can at one time lead to avalanches!

Will it be better afterward?

According to chaos theories, once you get past the Tipping Point, things cannot return to the previous stage.

And I have bad news and good news …

The bad news: after the so-called chaotic phase (the one where there are the phenomena of self-amplification), there may be a collapse. The system is falling apart. This is the second law of thermodynamics: everything will turn into dust. Organizations, businesses, and even civilization can collapse.

And the good news?

After the so-called chaotic phase, there can also be the emergence of a new equilibrium, of a new system, always more complex than the previous one.

We sometimes speak of a phase change. Edgar Morin talks about metamorphosis. In chaos theories, we speak of emergence or bifurcation. 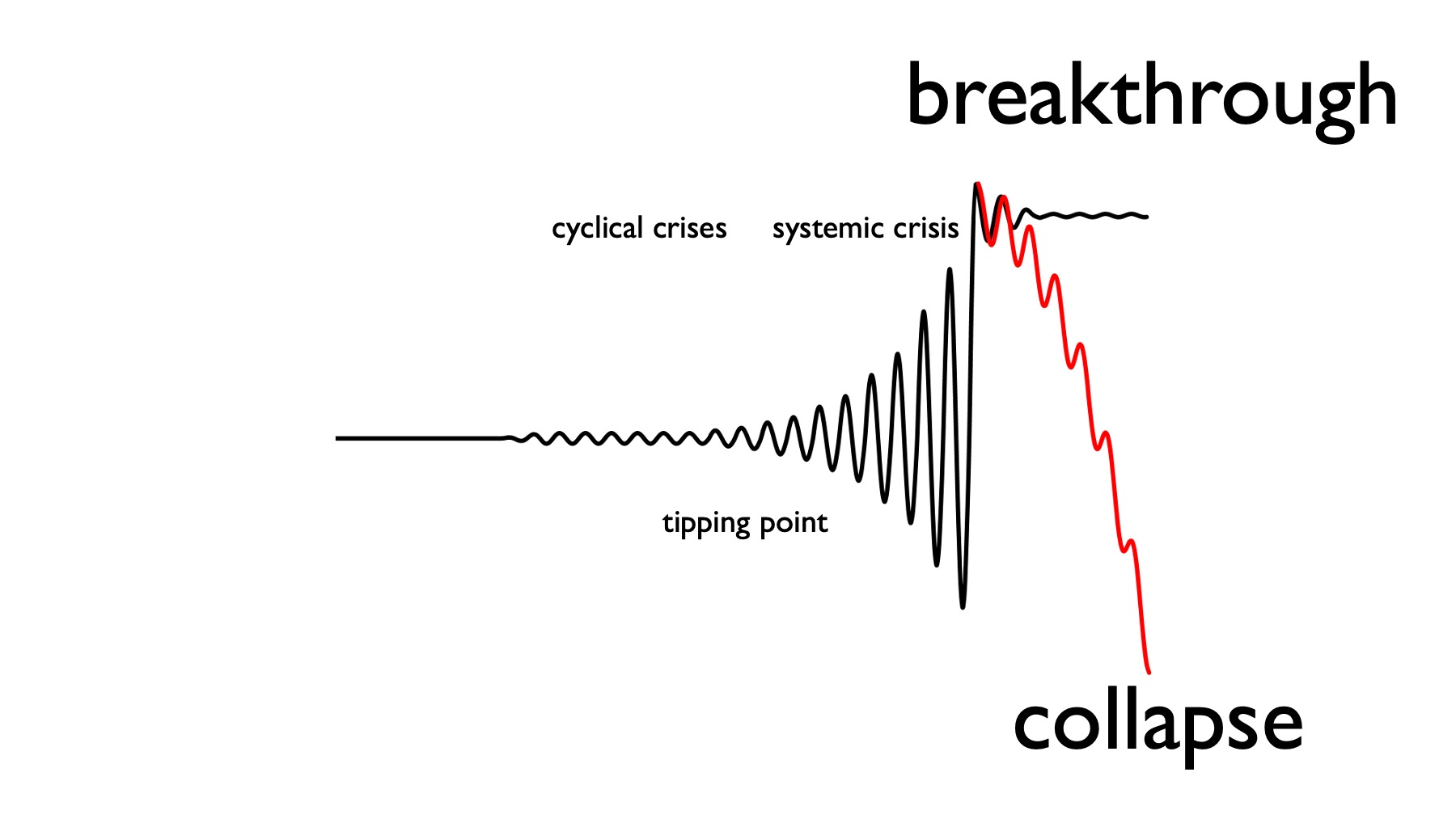 Be careful, an emergence does not mean the disappearance of the entire previous system …

So, yes it can be better than before if we are on the side of emergence.

There are the so-called collapsologists (and they are right, as we have seen, the system can collapse), I am more of an emergeologist!

Another thing that I get asked a lot these days is: can’t there be collapse AND emergence?

The answer is yes AND no!

According to chaos theories, for every system, it is either collapse or emergence. One or the other.

So yes, there are systems that are collapsing (sometimes that’s good news) AND others that are emerging.

You Never Had So Much Power!

So, yes, I believe that the world after can be better than the world before, especially if you have the right tools to observe and act in this more uncertain world.

And what’s more, we’ve never had so much power to make a difference!

In the world before, to make a difference, you had to be very powerful, very rich, or many of you and make a revolution.

In today’s world, because it has become chaotic, thanks to the butterfly effect, individually, or whatever the size of your company, or the size of your team, you never had so much power to make things change. 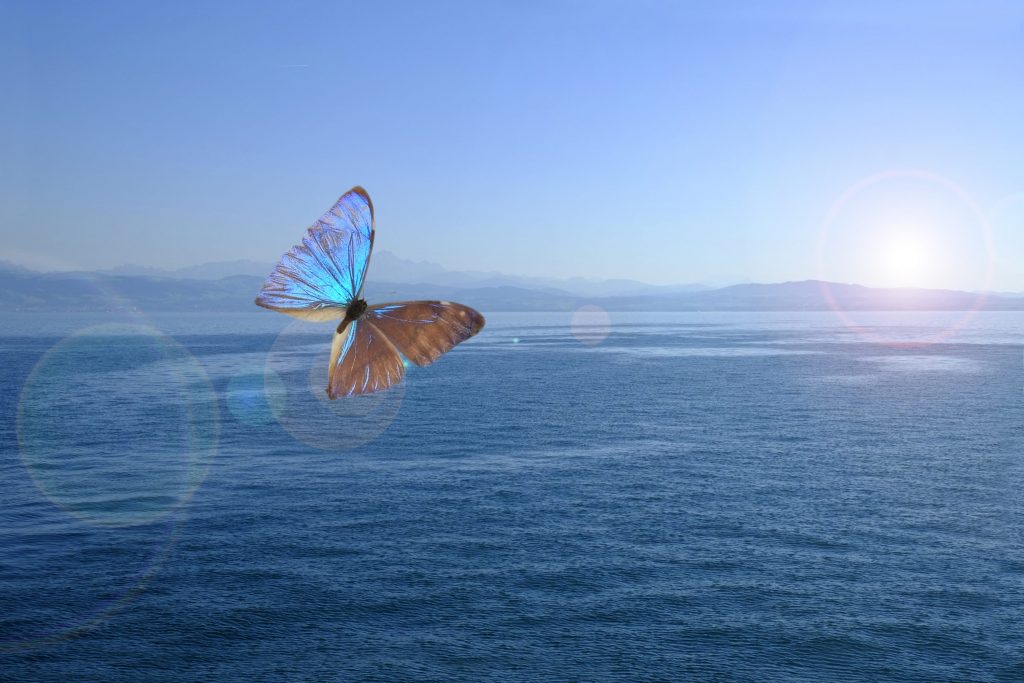 Chaos is not mess!

Chaos theories can help us have more power in this uncertain world if we understand that:

Chaos is not mess nor havoc!

Fractal images, on the other hand, can help us see new markets and new behaviors emerge.

The strange attractor of the theories of chaos can help us get where we want in an unpredictable world as I show in this article.

The world is changing, it is changing and that can be great news if you have the right glasses and the right tools!

So no, it won’t be like before. And yes it can be better after!

So do you want to be an emergeologist too?